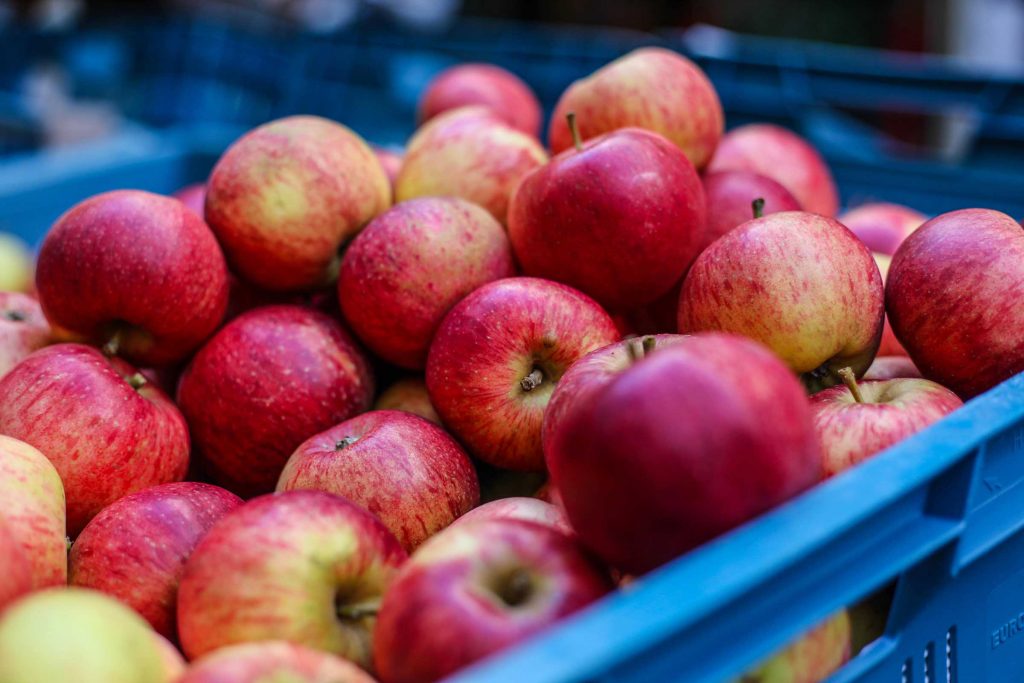 Controlled atmosphere storage is a technology that combines normal refrigeration techniques with the modification of the atmosphere inside the cold room.

It is a specific preservation method, introduced commercially in Europe and in the United States of America in the first half of the 1950s, created to prevent oxygen from coming into contact with food. The composition of the atmosphere is kept constant through the use of automatic control systems: the air inside the cold rooms is modified with formulations that vary according to the type of product to be stored, and these O2, Co2 C2H4 mixtures are controlled and kept constant by specific systems, while the temperature is kept within a range of -0.5 degrees 12 degrees depending on the stored product.

This type of conservation is applied mainly, but not only, in fruit and vegetable products: after harvesting, fruits and vegetables “breathe” and produce heat, water vapor, carbon dioxide and aromatic components. All these factors lead to the maturation and then to the deterioration of the product, therefore for a good and long-lasting conservation the only cold is not enough, but it is also necessary to reduce the level of oxygen and to control the production of carbon dioxide in order to extend the conservation time.

Storage in a controlled atmosphere combined with cold avoids the degradation of the exterior (skin and color) and interior (pulp, acids and consistency) of the products stored inside the cold rooms.

Preservation in a controlled atmosphere is now a universally used technique to preserve many products for months, in the case of apples and pears up to 10-12 months, this allows the markets to be supplied with these products throughout the year.

Ethylene purifiers
Ethylene purifiers, mostly catalytic, lower or eliminate the presence of ethylene in the cells, slowing down the ripening process of the food products stored in them.
Gas analyzers: fixed or portable, they allow a constant control of the atmosphere and concentration of the various gases present in food storage environments.

Water and air proofing
Elastic and non-toxic polymeric resins, carefully applied to the internal surface of the cold rooms, guarantee the hermetic seal to facilitate storage in a controlled atmosphere.

Compensating balloons
The gol of these balloons is to compensate for the volume variations that occur in hermetically sealed cells.
A gas law shows that as the temperature of a gas changes its volume changes.
The rise in temperature leads to a proportional change in the volume of the initial gas as well as to the change in temperature. The same law holds true if the temperature drops.
In controlled atmosphere cells, consequently watertight, we have a volume that is given by the total volume of the cell deducted from the net volume of the goods.
During the start-up of the refrigerator, the air coming out of the evaporators has a temperature that is always lower than the storage temperature.
In these conditions there is a sudden decrease in the temperature of the air still contained in the cell.
Consequently, there is a decrease in volume of this proportional to the temperature jump.
Since the cell is an almost rigid structure, since it cannot vary the volume it undergoes a relative pressure which inevitably becomes lower than the external atmospheric pressure.
Consequently, there would be infiltration from the outside of air with oxygen concentrations higher than those desired and created inside the cell.
A solution is given by an air pocket created by an airtight bag in PVC cloth directly connected to the cell by means of a direct piping.
Since said lung being externally to the cell (preferably on the ceiling), not being affected by said temperature variations, it is able to release air at the time of need by varying its volume in favor of the cell.
In this way an almost constant pressure in the cell is obtained and equal to the atmospheric pressure.
When the refrigerator stops, the temperature in the cell will tend to increase with a consequent increase in its volume.
This will cause a pressure increase which will automatically return the excess air going to swell the external lung.
This lung is supported at the top by a metal structure while the bottom is free to move.

Security valves
Safety system with water or dry valves calibrated to 30 mm of water column with expulsion to the outside of the modified atmosphere.

Computerized management
The programmable controller has the task of acquiring the CO2 and O2 values ​​from the analysis tools of the air contained in the cells, controlled with the threshold values ​​and deciding the operation of the CO2 adsorption and O2 integration machines.
No less important task is that of communication with a Personal Computer, for the continuous updating of the values ​​read for each cell, for the transmission of the system status, for the reception of the threshold and tolerance values ​​from the PC.
The commands to the adsorbers of the cells and the selection command for the withdrawal of air to be analyzed are placed on relays mounted in blocks of 8 on cards;
this allows interfacing to the field released from voltages other than those typical of the PLC.
The interface between the PLC and the PC will be of the serial type according to a protocol developed and already multi-tested in automation and monitoring applications.
From the front panel through the selectors it will be possible to insert and remove the cells as desired.
The PLC will scan the scan of the analysis solenoid valves

See all the services attached to the fridge panels